The Ryzen 5 2400G is widely accepted as offering some of the best "bang for the buck" among all current processors. It is a 4-core/8-thread processor.

The Ryzen 5 2400G includes a GPU (AMD calls it an "APU") on the same processor "die." This means an additional GPU card is not requried except in the case of high-end gaming or, possibly video editing/effects creation.

The Ryzen 7 2700x is a 8-core/16-thread processor which beats the Intel i7 CPUs in all metrics except (possibly) single-threaded execution.

Please note: unlike the Ryzen 5 2400G, this processor does not include an APU. A a GPU is required for a complete system! 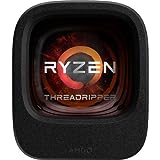 The Ryzen Threadripper 1950 is the processor with the highest core count (16-core/32-thread) currently available among consumer-grade CPUs. It offers insanely high levels of performance with a correspondingly high price.

Please note: unlike the Ryzen 5 2400G, this processor does not include an APU. A GPU is required for a complete system!

This widely heralded motherboard is equally adept as the basis for a workstation, gaming machine or home media center. It is not quite as fast as the ASUS ROG Strix X470-I, but it costs only half as much and it includes two HDMI ports rather than one.

This is the current high-performance leader for systems based on the Mini-ITX Ryzen cpu.

Since it has only one HDMI port, a GPU is a necessity if you want to connect multiple monitors to your system (even when using the Ryzen 5 2400G with integrated APU).

This Corsair Vengeance LPX 16GB (2x8GB) DDR4 DRAM 3200MHz C16 Desktop Memory Kit is both fast (speed matched to the Ryzen5 2400G and Motherboard) and fairly inexpensive. 16 Gigabytes should be enough for virtually all use cases.

If you are editing video or generating video effects 32 GB might help speed up your work a bit more.

The Samsung 970 EVO is the fastest (theoretically and in practice, so far) consumer-level NVMe drive available. It costs about the same as slower competitors! This is what you want for your "boot" (i.e. Operating System) and applications drive.

In this segment the choice is unfortunately not as clear.

In larger form-factor builds we invariably use Western Digital NAS-certified "Red" drives, but these are not readily available in 2.5 inch form factors (useful in the smallest Mini-ITX cases). Fortunately, WD "Black" drives and HGST drives (a WD subsidiary) are also very reliable. 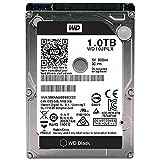 The WD Black line is among the fastest consumer-level conventional drives available. We are responsible for many hundred WD drives in production environments.

The HGST Travelstar 7K1000 2.5-Inch 1TB 7200 RPM is a fine drive. We rarely install it because the cost savings is so minor over the WD Black drive. 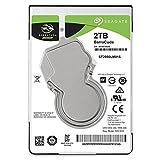 Seagate has been less reliable for us than WD during the past few years, but this Seagate 2TB BarraCuda SATA 6Gb/s 128MB Cache 2.5-Inch 7mm Internal Hard Drive has exhibited no problems so far. This is one of the only 2 TB drives available in 2.5" size.

Don't forget that you will need a case to house your system and a power supply to provide the required energy to all the components.