We recommend that your microphone and/or webcam be separate from your monitor for maximum quality.  Both cam and display technologies have been changing quite often during the past 15 years and these technology updates are often out-of-sync.

This camera is the sharpest shooter we have used (at any resolution compared to "equivalent" cameras).

This camera requires a USB 3 port in order to shoot 4k at 30 frames per second.

This somewhat industrial-looking cam has one of the best available lenses. Field of view is 78 degrees and the camera shoots up to 1080p at 60fps.

Like the BRIO (above), it has automatic light level correction and the ability to drop out backgrounds [without needing a chroma key (i.e. green of blue) screen]. 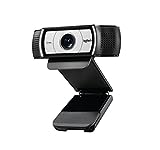 This full HD webcam connects directly to a USB port of a computer.  A benefit over the C920 (below) is that it includes a physical cap to ensure privacy (if you are worried someone with malicious intent might turn on your camera remotely).

This camera also has a wider field of view than the C920 (90 deg. instead of 78 deg.) making it better suited for multi-person conferences in a small environment.

This model has digital Pan-&-Tilt and a physical privacy shutter!

The Logitech C920 has been the HD webcam standard for more than 6 years.

It supports up to 1080p resolution (60fps -- if using software other than Logitech's, which maxes out at 30fps for this model).

Field of view is 78 degrees.

Logitech Privacy Cover for C920 and C930e
This will work great for the Logitech C920 which does not include a privacy shutter. It can also work as a replacement cover for the C930e. 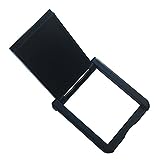 This will work great for the Logitech C920 which does not include a privacy shutter. It can also work as a replacement for the C930e. 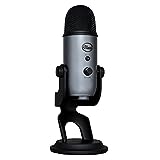 This microphone has much better fidelity than expected given the reasonable cost. As it connects with USB, it will work with machines which do not have dedicated audio ports.

Of particular interest to recording engineers is the zero-latency headphone output so a recording artist can monitor what is being recorded in real-time, without latency delays.

It comes with its own stand and as of this writing is available in more than 10 colors. We prefer the "Lunar Gray" for a subdued, professional look.