All phones recommended by MOST.Guru are unlocked and free of contractual requirements.  They work with GSM carriers such at AT+T, T-Mobile, Cricket, MetroPCS, Straight Talk, Pure Talk USA and others.  They work with conventional â€œcontractâ€ plans and pay-as-you-go plans.

To be considered for our recommendation list, phones generally also must include at least the following features:

Any phone listed here should quite easily compete with any â€œflagshipâ€ phone you would find resold by a major carrier on behalf of a major manufacturer like Samsung or Apple.

With a Qualcomm Snapdragon 820 Processor, 4GB of ram and 64GB of storage, this phone never disappoints with speed and has the ability to run a huge range of applications.  Battery life is typically two days with average usage.  As with all phones, extensive usage of GPS (i.e. for mapping applications) will result in faster battery drain.

This fantastic phone was announced more than a year ago, yet is still at the top of many respected recommendation lists due to:

This is widely considered to be about the best sounding phone available.  If a phone does not have good, loud sound . . . is it really a phone?!

The â€œGoldâ€ version of this phone is otherwise identical and typically about $30 less expensive than the grey version.

This is the phone we currently recommend to virtually all our clients and we have received positive comments from all users.

This device is scheduled to receive the Android 8.0 "Oreo" update. (approximately Q2, 2018) 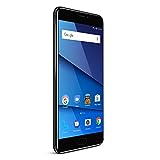 This is one of the best price/performance ratio Android phones available.  It features 4GB RAM and 64GB ROM with an additional MicroSD card slot for expanded storage and a fast octa-core processor.

It also has a front-facing fingerprint reader and downward firing speakers so you can hear the phone whether it is face up or down on a table.

It has long battery life thanks to a 4,010 mAh battery and features a very good full HD screen covered with Gorilla Glass 3 and a metal body.

Delivered with Android 7.0.  Future Android updates are not yet guaranteed unless using a third party site such as XDA Developers (if you have fairly significant technical ability).  The phone is a clone of the Gionee A1 if you are looking for help with gaining root or installing custom ROMs.

Available in black or gold.

This unlocked Asus phone has fingerprint reader and a comfortable curve on the back and Gorilla Glass 5 on the front for break and scratch resistance on top of a great looking full HD AMOLED display.  The device has 3GB RAM, 32GB of storage and features a Qualcomm Octa-Core Processorâ€” this phone is sure to meet your performance requirements.  Additionally, with a super high-capacity 5000 mAh battery, the phone will last approximately 20 hours (full usage) between charges.   It supports 2 SIM cards and a microSD card up to 2TB (yes, 2 terrabytes).

A distinguishing feature of this phone is the zooming and focusing system for the rear camera.  It has a f/1.7 aperature and a 2.3x optical zoom.

Available in navy/black for around $320 vs more than $600 for â€œsimilarâ€ offerings from competitors such as Samsung or the iPhone 7.

This device is delivered with Android 7.1.1 â€œNougatâ€ and is confirmed to receive the â€œOreoâ€ update. 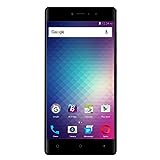 This is the â€œrefreshâ€ version of the BLU Vivo 5 phone described more fully below.

In addition to the â€œregular BLU Vivo 5 specifications, it features an added fingerprint sensor on the back and a full HD screen.  Unfortunately, the USB-C port has been â€œdowngradedâ€ to the more common Micro USB format.  However, this might be a benefit if you have a lot of Micro-USB cables you wish to use.  The speaker has also been moved to the back of the device.  We are personally not fans of that although some users do not mind this design decision.

Available in gold or silver/grey. The gold version is about $20 less expensive.  At less than $170 for the grey version (as of January 19, 2018), this phone is an incredible deal if you donâ€™t mind the two â€œdowngradesâ€ we have described.

This device is delivered with Android 6.0 â€œMarshmallow.â€  Updates to Android 7 or 8 are not guaranteed unless using a third party site such as XDA Developers (if you have fairly significant technical ability). 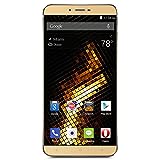 This elegant, unlocked BLU Products phone is CNC machined out of metal and has Gorilla Glass 3 on the front for break and scratch resistance.  This results in a completely premium look and feel like the best flagship phones from Apple, LG, HTC, and their like.

This device features 3GB RAM, 32GB of storage and features a MediaTek 6753 Octa-Core Processorâ€” this phone is sure to meet or exceed your performance requirements.  Additionally, while the screen is "only" 1280x720 pixels, it is an AMOLED screen and looks better than virtually any other screen we have seen.  The slightly lower resolution is not noticeable by virtually any users we have surveyed and results in faster operation and longer battery life.  Speaking of batteries, the phone features a high-capacity 3150 mAh battery, which habitually lasts longer than a full day of heavy use.  When it comes time to charge, the phone features a USB-C connector, the most modern of options; USB-C is reversible and very easy to plug in, even in the dark.

The phone supports 2 SIM cards and a microSD card up to 64GB.  This phone features 13mp rear and 5mp front cameras.

The Android app drawer has been disabled which makes the phone behave more like an iPhone (iOS).  This can, of course, be changed by adding a 3rd party launcher such as Nova Launcher . . . or making your own custom ROM.

Available in gold or silver.

This is the phone we previously recommended to virtually all our clients as a â€œhigh endâ€ phone in early 2016.  We continue to receive positive comments from all users.

This device can receive updates to at least Android 6.0 â€œMarshmallowâ€ without resorting to specialist sites like XDA Developers.  At the XDA Developers Blu Vivo 5 forum you can update to at least 7.1 Nougat (if you have fairly significant technical ability). 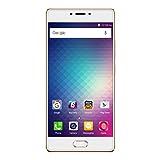 This BLU Prodcts Android 6 phone is a fairly good, inexpensive alternative to the previous generation high-end "flagship" phones sold by vendors such as Samsung. LG and HTC.  Like the majority of last gen. flagship devices, this fairly large (5.5") phone with similarly large (3000 mAh) battery features 4GB RAM and 64GB of built in storage, Gorilla Glass 3 over a full HD (1920 x 1080) screen, good cameras (16Mp back, 8Mp front), and a fingerprint sensor.

With a Mediatek Helio p10 64-bit 2.0 GHz Octa-Core processor, it supports 2 SIM cards and a microSD card up to 64GB.  Featuring a USB-C charging port, it incorporates the most contemporary of all connections.

The speaker is on the bottom which is nice and the build is metal.  A couple Amazon reviewers find the volume buttons a bit â€œlooseâ€ but this is not a common complaint and may just be a couple poorly assembled units.  Our known users have generally been pleased, although not nearly as much as those who choose the ZTE Axon 7.

Available in gold or silver/gray finish for around $250. 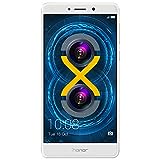 This elegant, thin (8.2mm) unlocked Chinese phone is an excellent alternative to overpriced "flagship" phones sold by vendors such as Samsung. LG and HTC.  Like the majority of current flagship devices, the phone is built largely with metal (back, sides), supports a full HD screen (1920x1080), excellent cameras (including a two lens back camera), loud speakers on the bottom edge (so as not to be covered when laying on a table, for example) and a fingerprint sensor.  It supports 2 SIM cards (1 nano-sim, 1 micro-SIM) and a microSD card.

A potential concern for some is Huawei's EMUI launcher.  This eliminates the Android app drawer and makes the phone behave more like an iPhone (iOS).  This can, of course, be changed by adding a 3rd party launcher such as Nova Launcher . . . or making your own custom ROM.

Available in gold or silver finish for less than $185.