Graphics Processing Units (GPUs) are the key connecting link between a computer and the display screen.  Some computers (CPUs) have an integrated display chip (example: Intel’s “HD Graphics 620”) in certain processor packages — such as those used in laptops and the NUC).  AMD’s “APU” integral to the Ryzen 2400G processor is another example.

Where such a graphics processor is not included, a separate display adapter is required for the computer to boot and connect to a display..  Also, If you wish to have enhanced performance (such as for video editing, crypto-currency “mining” or gaming) you likewise should consider a separate GPU card.

These cards should satisfy all but the most demanding users. If your computer is more than a year or two old, these would classify as a major upgrade with massive graphics speed increases. At this level we recommend units with two cooling fans to maximize cooling while minimizing noise [two fans in tandem can and will run slower (thus quieter) than a single fan]. 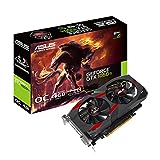 This ASUS card has 4GB of DDR5 memory, making it amongst the fastest available in this class. At the same time it is relatively power efficient enabling usage in most systems without the need to purchase a newer/stronger power supply. It does not even need a separate PCIe power connector (takes all required power from the motherboard).

The card supports multiple displays with a complete complement of output ports including 1x HDMI (2.0), 1x DisplayPort (1.4) and 1x DVI-D. 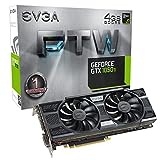 This EVGA card also has 4GB of GDDR5 memory. Additionally it supports a separate PCIe power input to better support the power demands inherent to overclocking the GPU.

The card supports multiple displays with a complete complement of output ports including 1x HDMI, 1x DisplayPort and 1x DVI.

Be advised: these GPU cards themselves cost as much (or more) than many mainstream computers. At this level we recommend units with three cooling fans to maximize cooling while minimizing noise [three fans in tandem can and will run slower (thus quieter) than two fans].

If you are building a computer at this level, expect to pay approximately $2,500 to $5,500 for a "complete" system before considering display, keyboard, mouse and other peripheral costs! 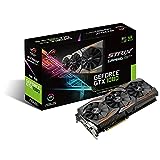 The card supports 4 simultaneous displays with a complete complement of output ports including 2x HDMI (2.0), 2x DisplayPort and 1x DVI. 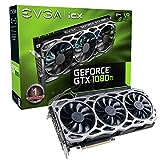 This card also has 11B of GDDR5X memory, is equipped with 9 temperature sensors to monitor Memory and VRM and requires 2 PCIe power connectors.

The card supports multiple displays with a complete complement of output ports including 1x HDMI, 3x DisplayPort and 1x DVI.

If you build a new machine with this card and the aforementioned Core i9-7980XE "Extreme" CPU, your system will cost as much as a reasonably nice used car!